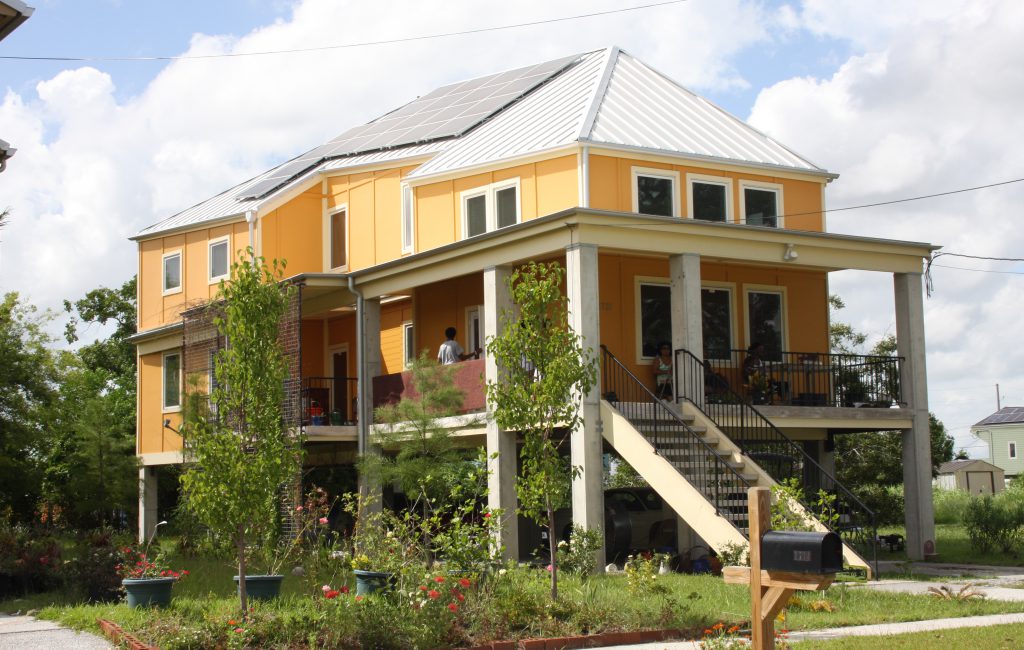 I took a drive through the Lower 9th Ward of New Orleans, a neighborhood that was not just damaged or “affected” by Hurricane Katrina, but rather obliterated in every sense of the word.   The aftermath of the 2005 hurricane resulted in the abandonment almost every homes, and the desertion of the entire neighborhood.

In 2006 I visited the city while on a road trip through the south.   After realizing how close the neighborhood was to the popular French Quarter and Farbough Marigney where I was staying I explored the area one rainy afternoon and saw the painful results of Katrina -the Lower Ninth now a complete ghost town save for a few folks salvaging scrapwood and garbage from various lots.

At some point between then and now actor Brad Pitt and crew commenced on an ambitious project called “Make it Right”  with the goal of rebuilding the Lower Ninth with low cost energy efficient homes built to repopulate the community and to withstand future distasters.
I revisited the Lower 9th and spent a more time ambling around by car.  The scene is quite striking.  Some blocks still appear straight out the “Life After People” series with seven foot tall weeds and grass, partially collapsed homes and empty blocks being slowly reclaimed by nature.   But amid the empty blocks are brand new modern homes with tidy yards, well trimmed green grass and residents enjoying the weekend among more “Saints” banners than I could count.  The homes are simply and neat in design, but the area is not completely infilled.  A well manicured lawn may be next to vacant lot with a foundation of long since bulldozed house, the nearest neighbor a block away.   Still, there was life, people, faces, and that Monday we even saw residents dedicating with a home and a block party with some police officers attending.
Over Labor Day weekend I was fortunate enough to be invited to a beautiful French Quarter home for the “Southern Decadence” parade and festivities.  Around the kitchen sharing marble cake, jalapeno dip, daiquiris and other food (which rivaled the Court of Two Sisters) I heard differing opinions about the project from local residents.  Some appreciate the influx of people and life, and commend a well known individual for directing his time, fame and assets towards New Orleans and this community in particular.  This opinion was also expressed on a “Brad Pitt for Mayor” shirt donned by a local I briefly chatted with at a bar.
Another friend, a lifetime Metairie resident and lawyer, finds it absurd to rebuild homes in this low lying area which is certain to see flooding in the future, perhaps catastrophic.  He quickly discredits accusations that city leaders and higher ups want to cut off the African American community that resided in the Lower 9th, and says that statement and the leaders who propogate is nothing more than charged up racial politics. Given that the population of New Orleans has drastically shrunk, he finds it logical to shrink the footprint of the city and encourage people to take upabandoned homes that remain scattered about the main core.  This is not ignoring the Lower 9th Ward population, but incorporating them into areas closer to the city, and also built on higher ground.

The continuity of New Orlean’s architectural history has been called into question. My friend says the houses look like “little spaceships.”

One opinion favors the people and the preservation of a neighborhood, while the other is a pragmatic view of the population, city services and its future. 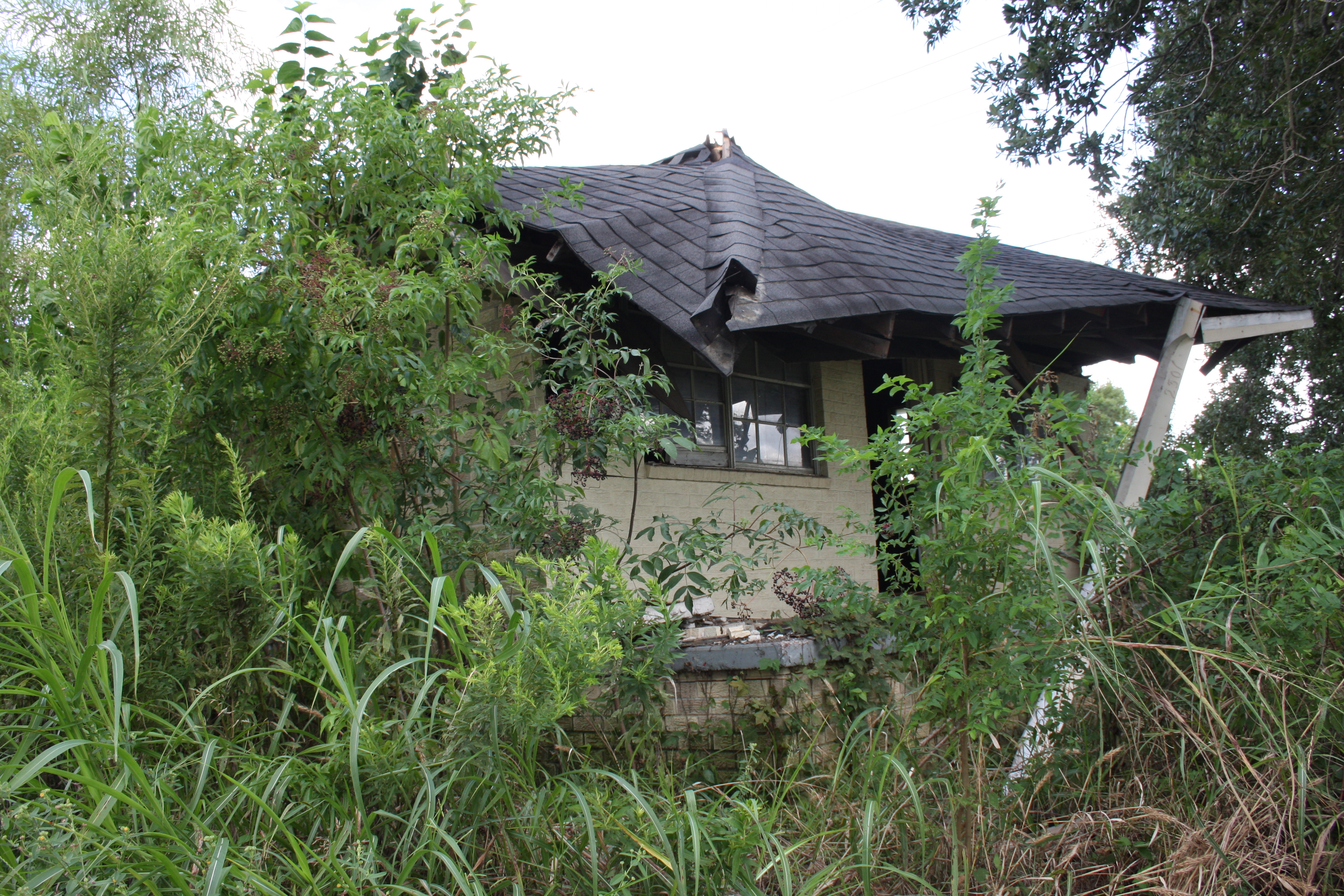 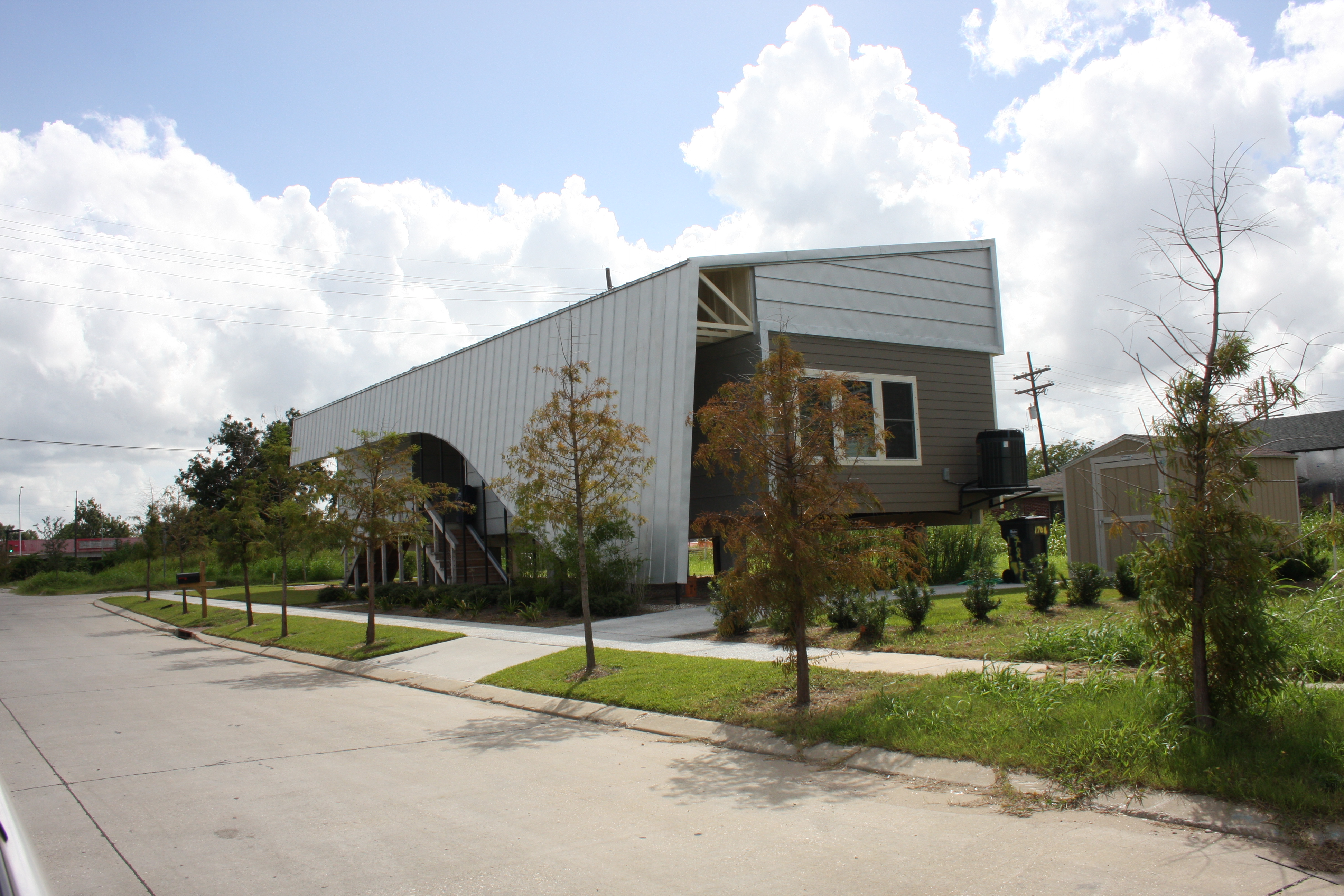 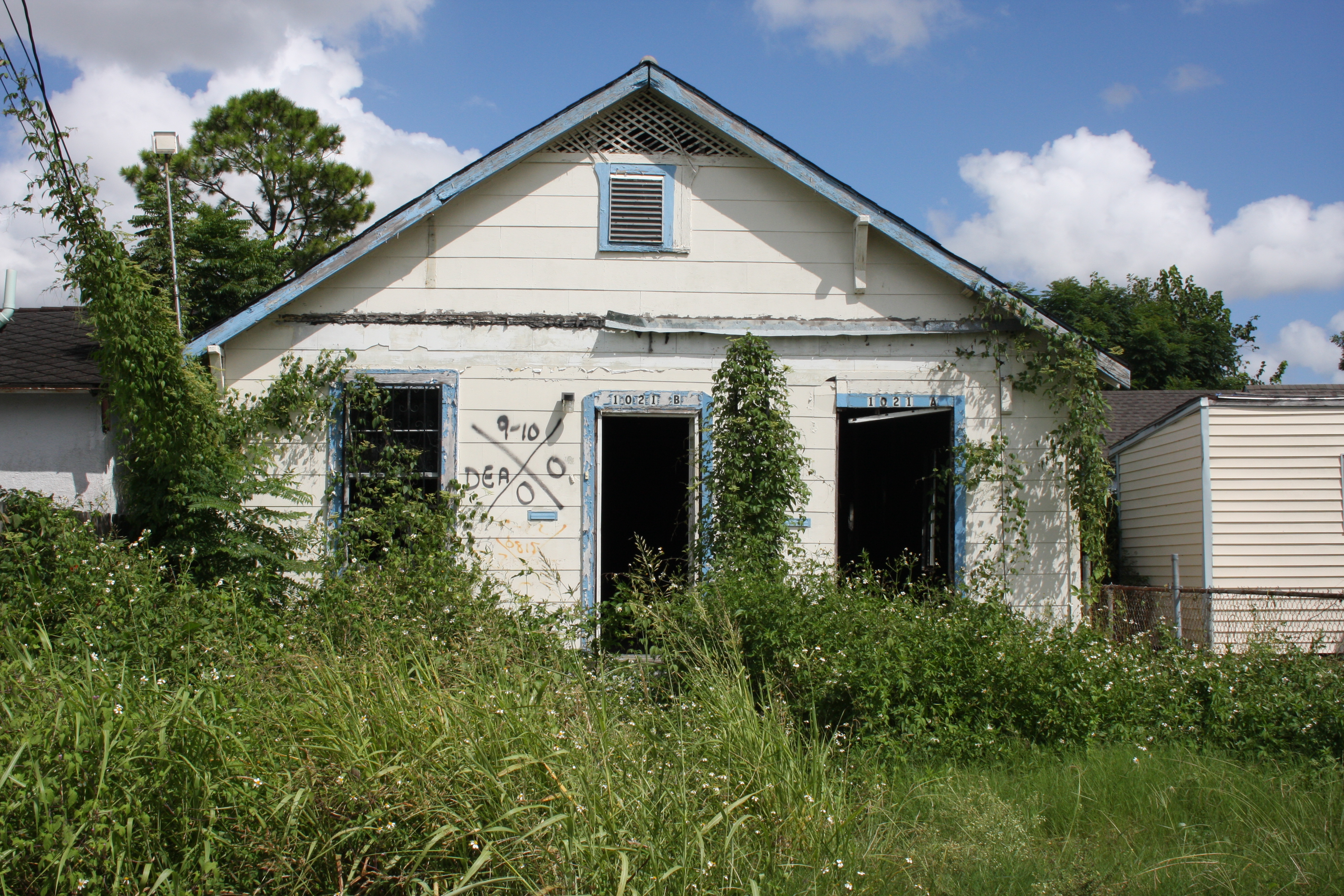 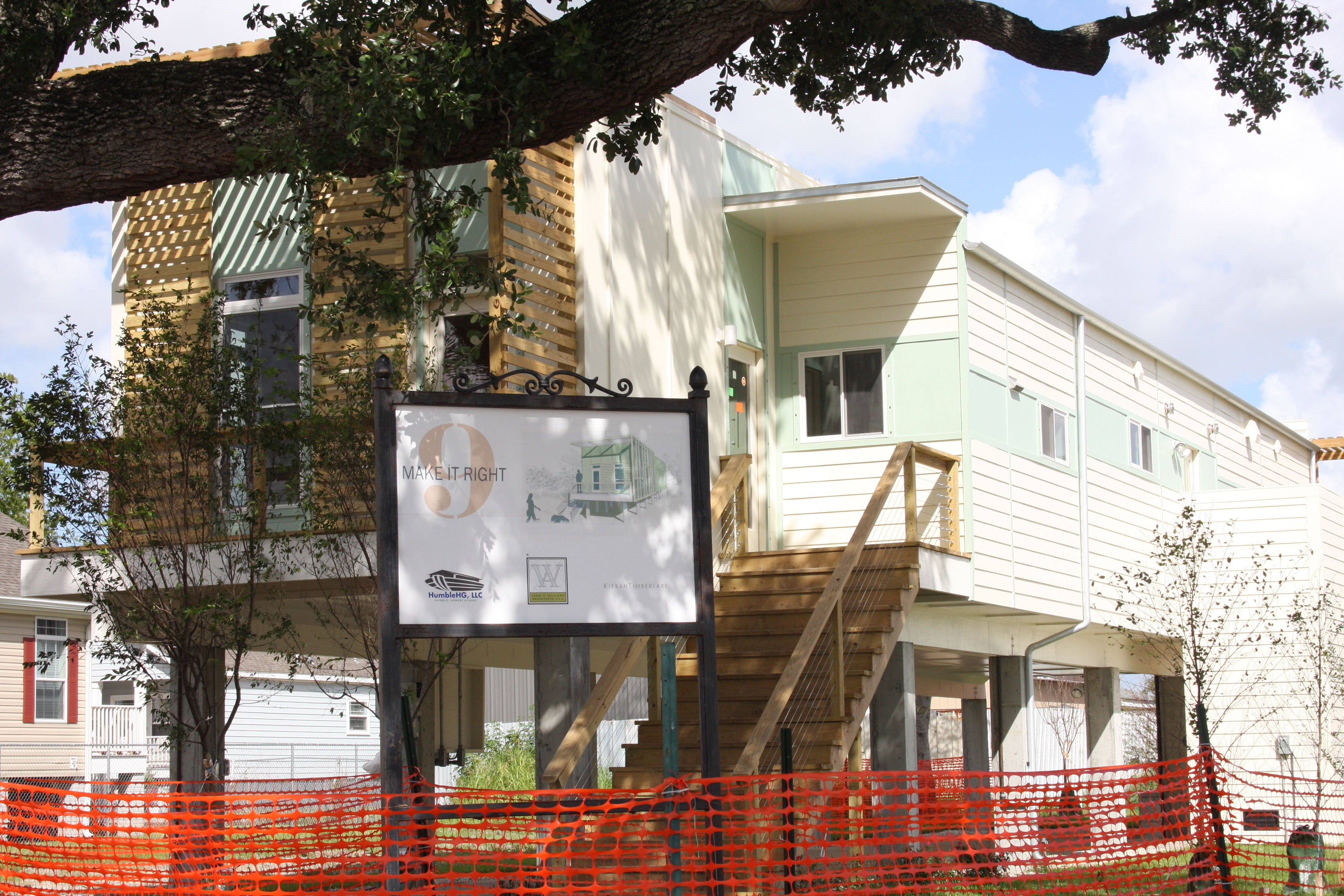 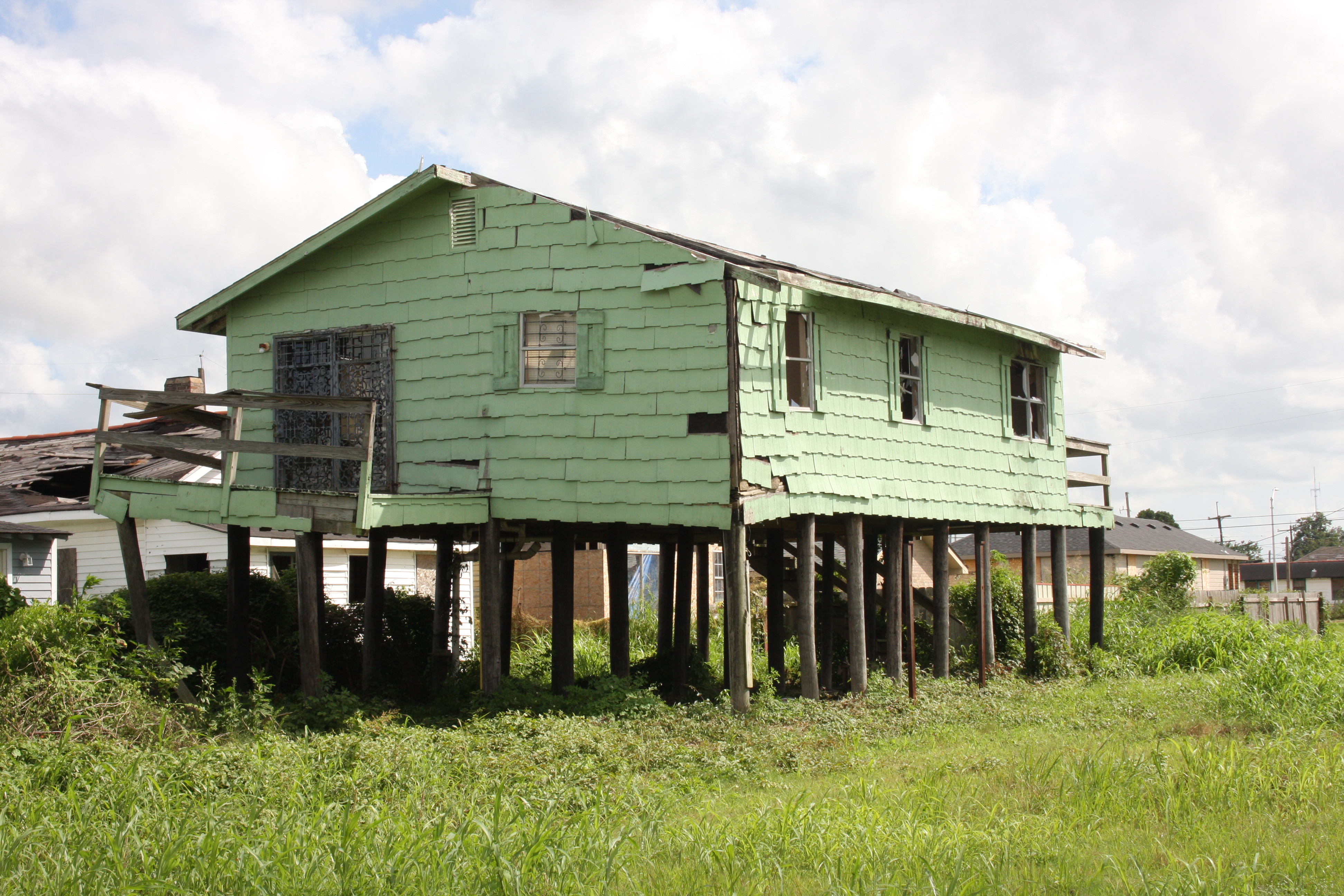 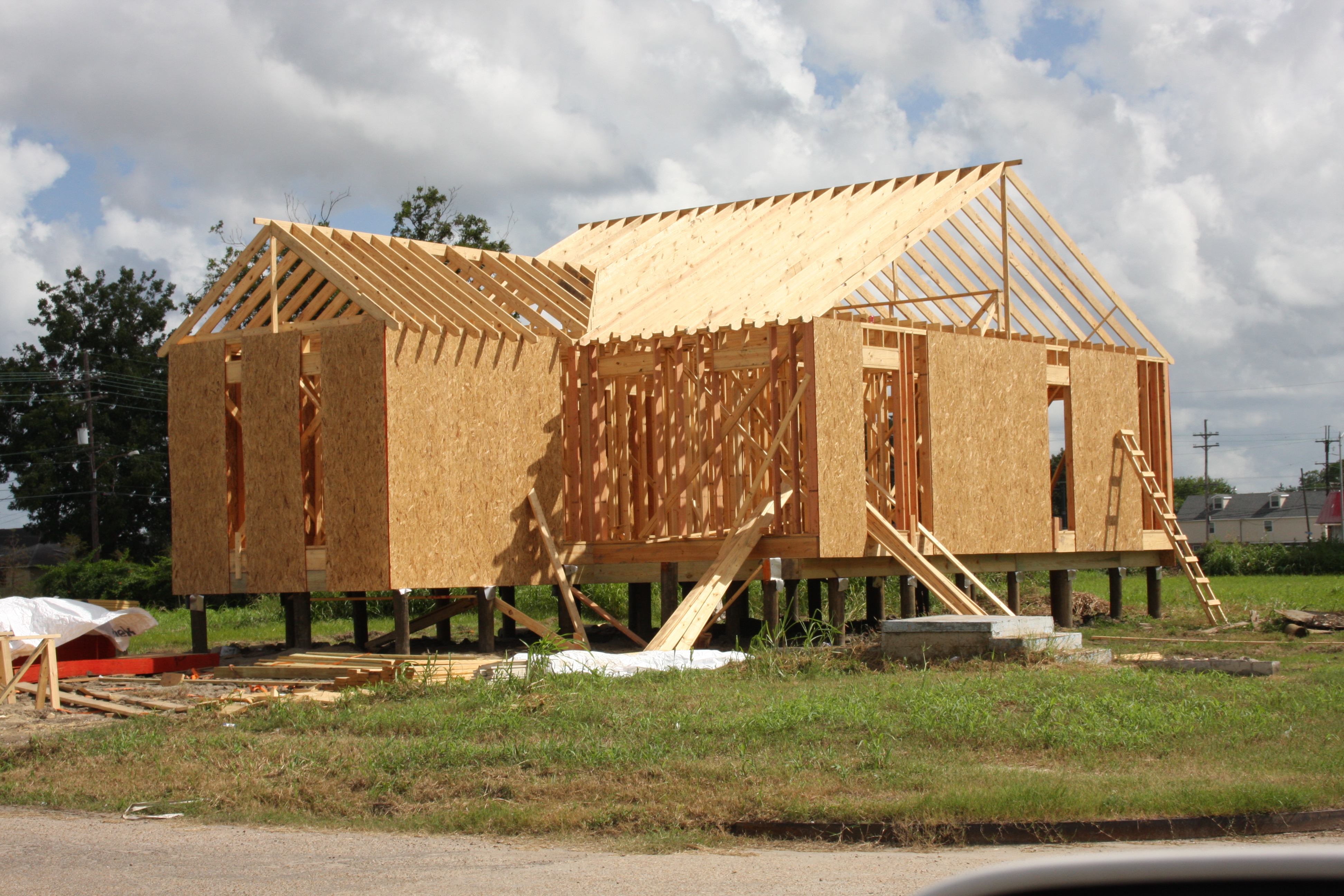